Please read the documentationg page about QoS settings for background information on available support in ROS 2.

Let’s now try running both programs, but with more suitable settings. First of all, we’ll use the -p reliability:=best_effort option to enable best effort communication. The publisher will now just attempt to deliver the network packets, and don’t expect acknowledgement from the consumer. We see now that some of the frame on the showimage side were dropped, the frame numbers in the shell running showimage won’t be consecutive anymore:

In Dashing, use -x 640 -y 480 for changing the resolution and -r 0 for best effort communication. 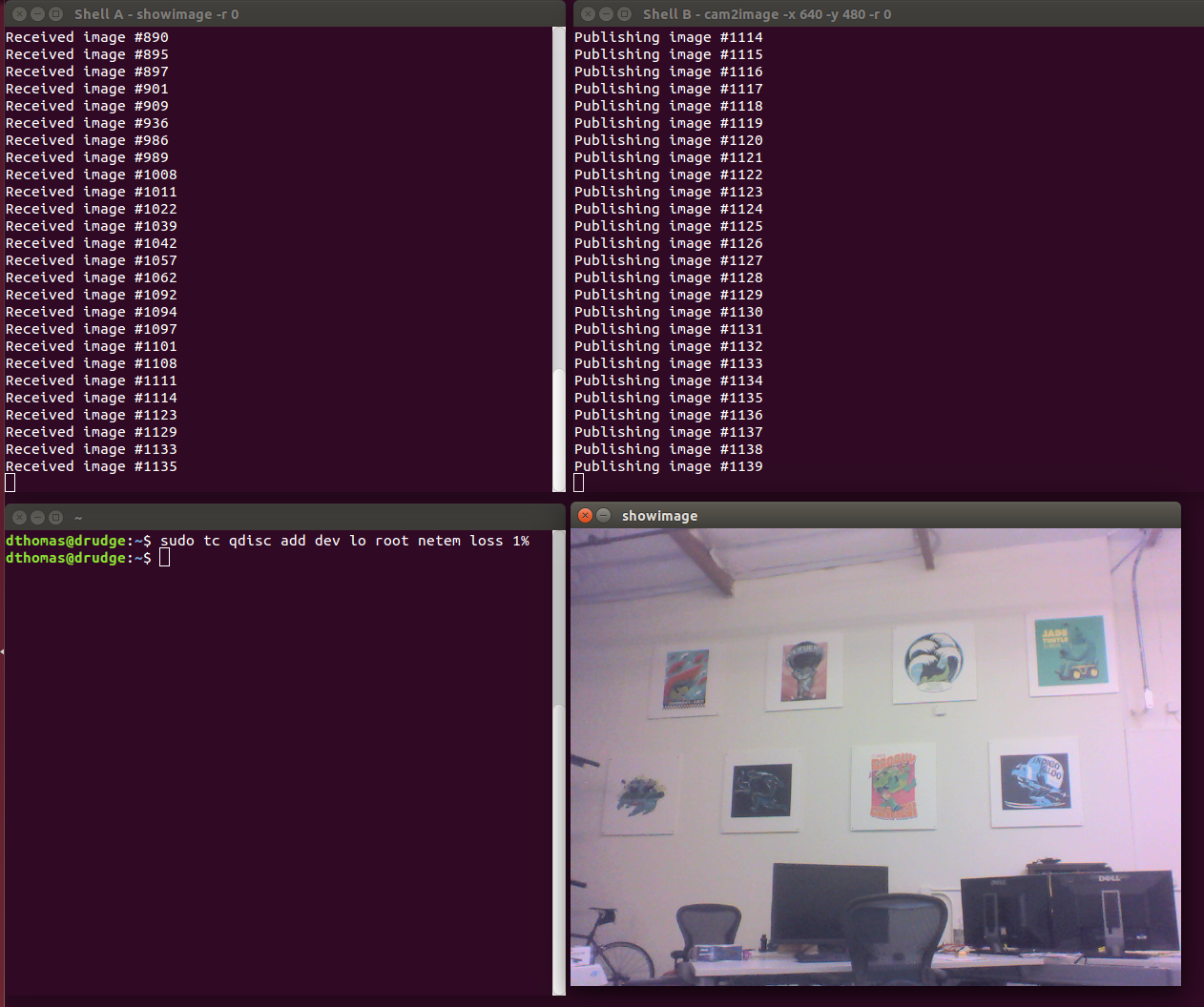